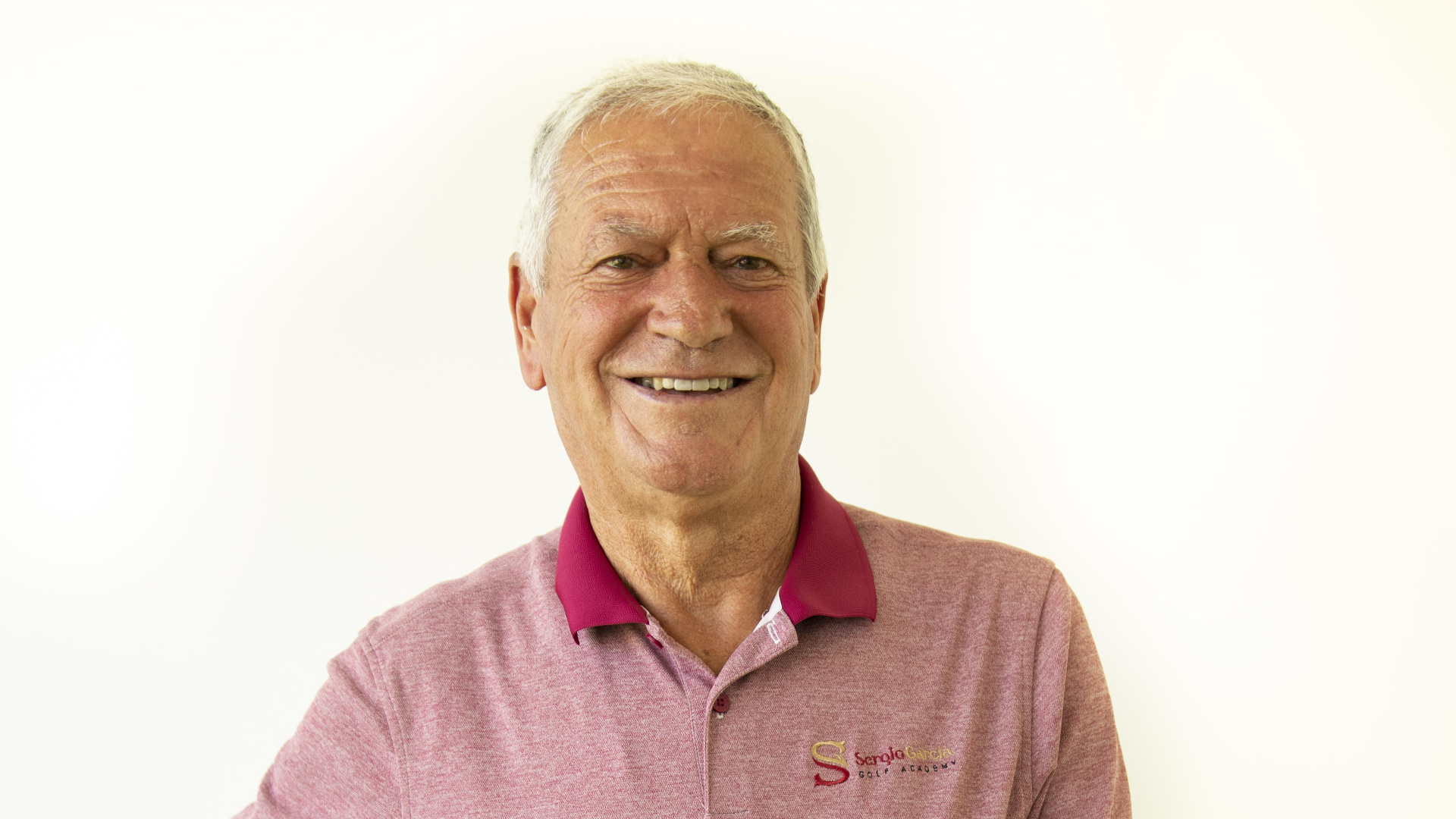 Sergio García’s father and coach. Victor, has been able to transmit his knowledge to Sergio and many other players of the highest level.

Father and coach of Sergio García. Victor, has been able to transmit his knowledge to Sergio and to many other players of the highest level. Through his hands have passed players from the PGA Tour, DP World Tour, Challenge Tour and young amateur promises that took their game to professionalism.

He has spent many years observing players from the world’s elite in all kinds of tournaments around the world. His knowledge of golf has taught him to transmit a philosophy based on the swing a player has and the natural movements he/she develops. Teach to play with the tools that each player possesses and not by implanting unnatural movements and gestures to the player.

Founder of the Academy, winner of the Masters of Augusta ’17 and multiple winner on the PGA Tour, DP World Tour, Asian Tour and other international tours.

He has worked closely with Sergio on numerous occasions, both as a caddie in multiple tournaments, and as well as helping and advising players.

The development of this website has been funded by the European Union - Next Generation EU
Manage cookie consent
To provide the best experiences, we use technologies such as cookies to store and/or access device information. The consent of these technologies will allow us to process data such as browsing behavior or unique IDs on this site. Not consenting or withdrawing consent may adversely affect certain features and functions.
Manage options Manage services Manage vendors Read more about these purposes
View preferences
{title} {title} {title}